What is the Best Restaurant Reservation System in Budapest, Hungary?

Since 2018 Eveve have assisted over 70 restaurants in Budapest maximise online reservations and attract more guests. This article explores Budapest’s rich cultural and culinary heritage, considers some of Hungary’s most notable restaurants and considers how the restaurant industry and its technology is evolving in 2020. Finally, we cover the advent of Reserve with Google in Hungary and consider what Eveve is doing to help restaurants reach their full potential online.


Budapest has a long and rich cultural and gastronomic tradition, reaching back to 1848 when it became the co-capital of the Austro-Hungarian empire along with Vienna. During this period, these twin capitals were amongst the most sophisticated cities in the world, leading in the arts, music, science and fine dining. This was the era of the grande cafes and avenues, some of which exist to this day. Since the withdrawal of Soviet troops in 1991, Budapest has been one of the fastest growing and most sophisticated centres in Europe and has become one of the continent’s top travel destinations for the discerning tourist.

Perhaps Budapest’s most accomplished fine dining restaurants are Costes on Raday Street, and its sister, Costes Downtown. Under executive chef Miguel Rocha Viera, both restaurants hold the esteemed Michelin star, with their focus on fresh ingredients, seasonality, geography and culinary execution. The restaurants have been awarded multiple times, most notably as the 14th best restaurant in Europe by TripAdvisor. In 2020 both Costes restaurants began to work with Eveve to maximise online reservations, with impressive results.

Located in the Southern Wing of the palatial Corinthia Hotel in Budapest, Caviar & Bull is one of Budapest and Hungary’s most experimental and acclaimed restaurants. Spanish Chef Sergi delivers Budapest’s most innovative and accomplished cuisine, with signature dishes including Molecular Sphere, Lobster Popcorn, Black Angus Tartare, and of course the finest oysters in central Europe, imported daily from France. As one of Budapest’s three most booked restaurants Caviar & Bull Budapest chooses Eveve as its online restaurants reservation system. 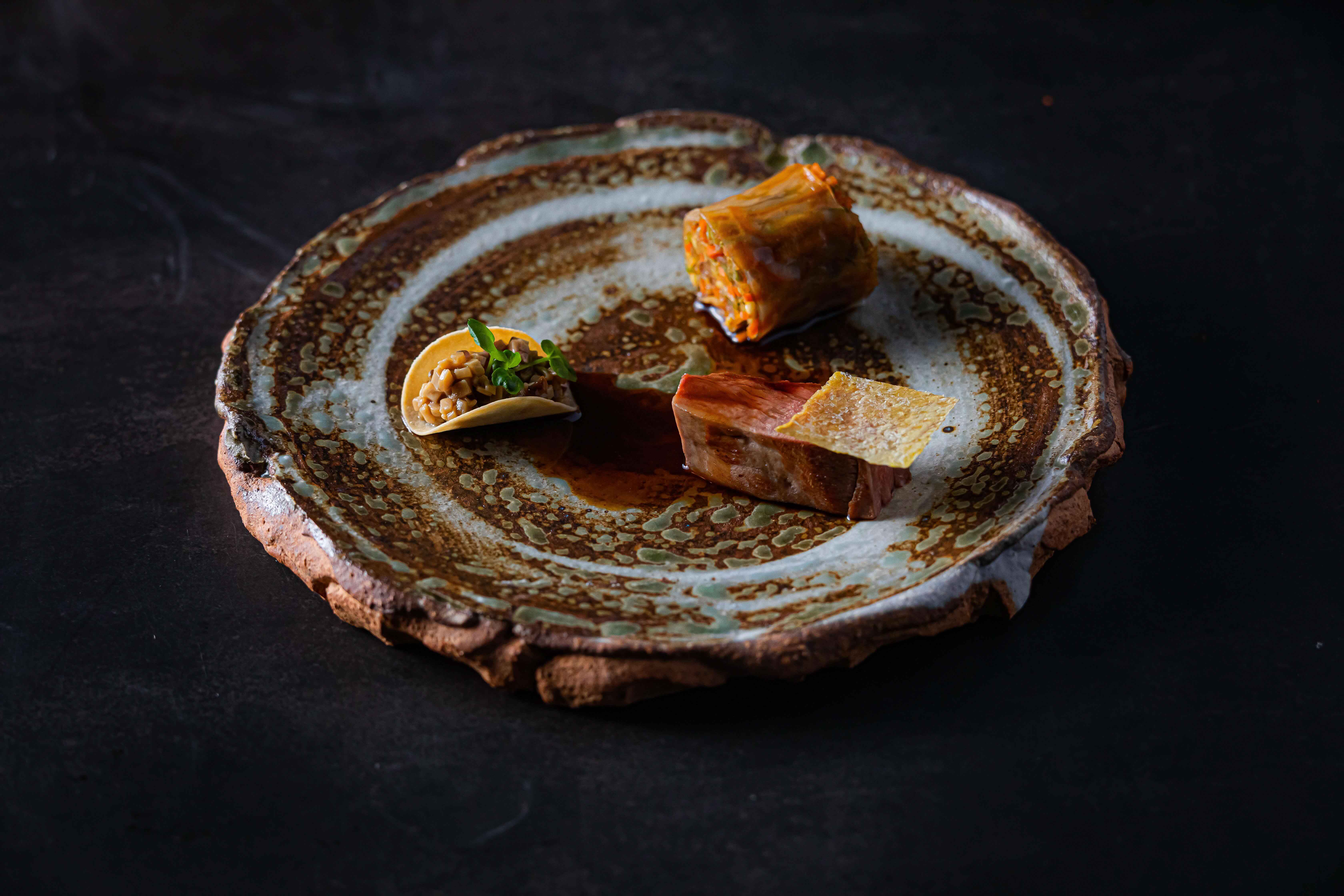 The most exciting and ambitious restaurant launch of 2020 is undoubtedly Uncensored by International Chef Marvin Gauci. The superlative aspirational dining experience, Uncensored quickly became the top ranked restaurant on TripAdvisor in Budapest and Hungary within weeks of opening. Uncensored is an exclusive 10 table restaurant where guests are surrounded by 360 degree audio visual three dimensional video mapping and authentic mists that connects the diner to the very roots of the seven showcased international cuisines. Many food critics consider that this new opening could soon become the top ranked restaurant in Eastern Europe. Uncensored had a series of unique reservation requirements, which Eveve were able to customise especially, as one of the leading reservation suppliers in Hungary.

Since launching in 2018, Eveve has come to be the premier restaurant reservation platform in Budapest and indeed Hungary, helping over 70 restaurants maximise their online reservations and guests. Eveve’s best in class reservations technology enables some of Hungary’s busiest restaurants manage their busy services including Rickshaw, Komedias Kavehaz, Doblo, Fat Mamma and Mosselen. Internationally Eveve serves over 2,000 clients and is amongst the most experienced and dedicated reservation suppliers.

In Hungary itself, Eveve has a number of unique advantages. The first is that Eveve is the only tier one reservation supplier which offers its technology fully in Hungarian. Not only does this show Eveve’s commitment to the success of our restaurant reservation system in Hungary, it is invaluable for restaurants where many of the staff (particularly older staff) do not speak English. Eveve also has unparalleled on the ground experience in Budapest, meaning that we know the local environment and strategies for maximising reservations online locally.

Reserve with Google in Budapest and Hungary 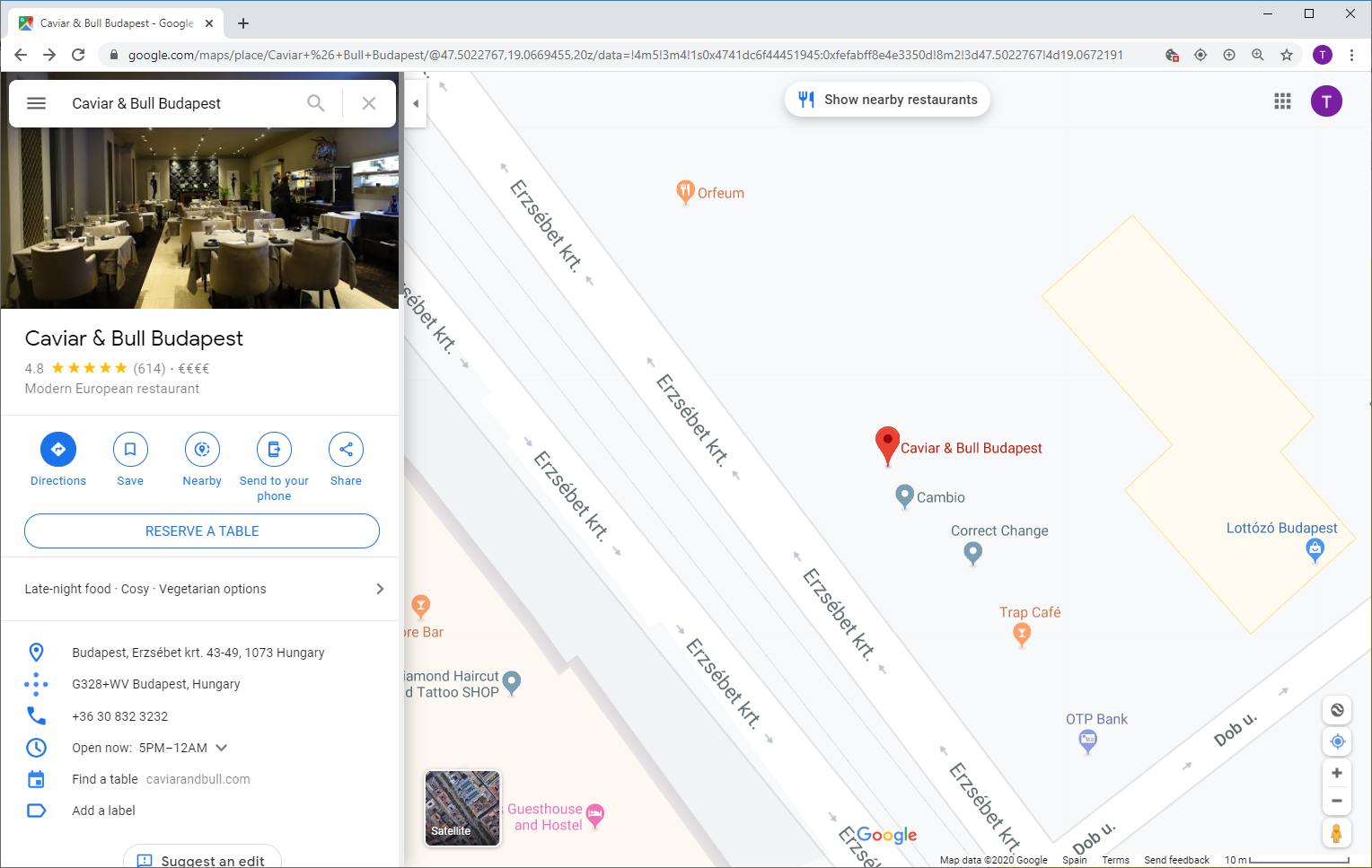 Google is the World’s largest restaurant discovery platform and with Eveve, you can tap into this invaluable resource to fill your restaurant directly.

How does it Work?

Eveve processes hundreds of thousands of diners a month through Google. In Budapest, a very significant share of Reserve with Google diners are international guests, which underlines its importance in bringing new guests to Hungarian restaurants. Implementing Reserve with Google with Eveve is a sure way to increase your exposure and online diner conversion.

If you would like to know more about Eveve, restaurant reservation systems in Budapest or Hungary, or Reserve with Google in Hungary, please contact our office on:
T: +44 131 208 4777


You can share this story by using your social accounts: